Home » Burari Project » You are reading »

LEAD INDIA “Your Domain, Your Voice” will be launched soon 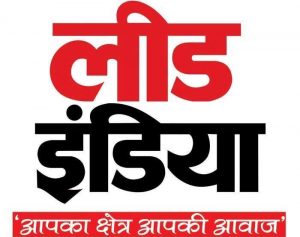 ‘Lead India Group’ is strategizing to experiment an unprecedented experience in the world of media. Through this concept, ‘Lead India’ will be facilitating the masses with one of its kind of a newspaper that would address the woes and concerns of the common men and try to provide a platform for the solution of the same. Subsequently, it would also act as a medium to unite the masses together.

It would be for the first time that a newspaper in the nation will go the distance to not only provide the readers with news articles but also further play its other vital roles. With the tagline of “Your Domain, Your Voice”, this newspaper of ‘Lead India’ will begin its functioning in every constituency of Delhi NCR.

Even if such news items come up in the papers, they are published in some small corner of the newspaper which plummets the significance of the news or people tend to ignore them. ‘Lead India’ newspaper will exclusively publish news items of your constituency with preponderance so that readers are attracted to the news items.

The most noteworthy fact of this newspaper would be this that here news articles related to the masses would be published as well. This would not only be favorable for the common men but also it will act as a medium of personal development in the lives of the common men. For an example, if a person named ‘Sanjay’ of your area had applied for a passport or a ration card, according to the Citizen’s Charter the passport or the ration card must be prepared within fifteen days.

But if it has not been prepared even after two long months, it would be a news item in our newspaper that which department has failed to ensure preparing the passport or the ration card within the stipulated time.Through such endeavors of our newspaper we can provide a huge platform to the people of your area for the solution of their problems and at the same time ensure their development.

Indian media has over the years come across a long way and several news intercepting sources have been developed but despite this the information of the development policies and the steps taken by our representatives for progress in our own place of dominion does not reach us.

Through this newspaper it would be told to the readers that where the representatives of the constituency has used the development fund and wherein in the area the development fund should be used and as well as if the development fund is not being used appropriately how the masses can audit such funds. Our endeavor is to realize inclusiveness of public participation in the decision making processes.

‘Lead India’ newspaper would also cover as news items the various issues and discrepancies in the various departments, hospitals or the FIRs registered in the local police stations.

Our reporters will talk to the concerned parties involved in any complaint in the area so that people become aware and informed and at the same time they are safe from any sort of atrocities. ‘Lead India’ would as well as publish news items of the various events and cultural programs organized by the government department, RWA, NGO and other private organizations so that a zealousness and a sense of social harmony can be communicated among the masses.

At the same time it would this would help people to unite and know more about each other. Moreover, if anyone harms or tries to harm the interest of the masses of the area ‘Lead India’ would act as the most outspoken voice of the masses.