Home » News Trends » You are reading » 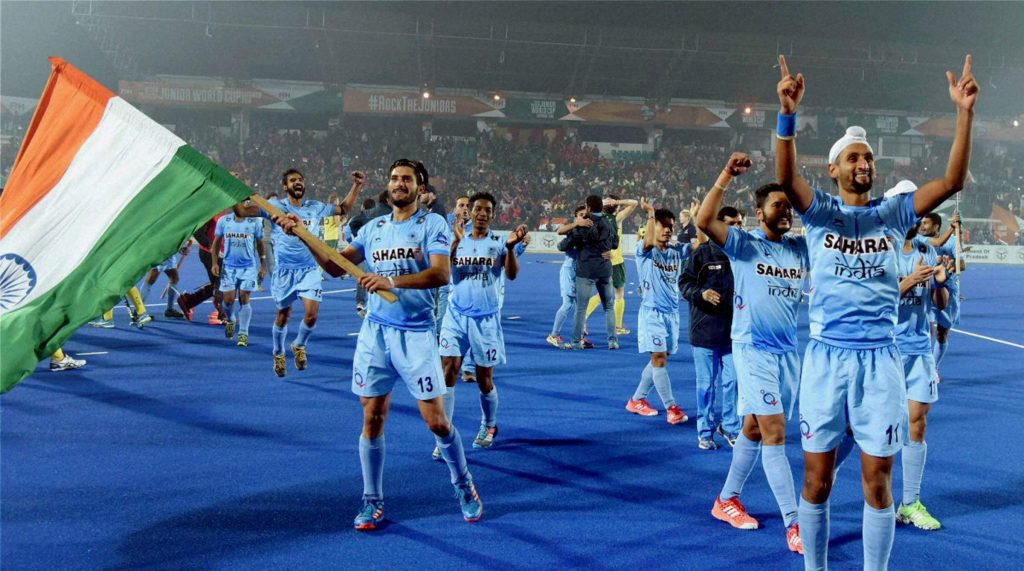 India have become the first nation to win the hockey junior World Cup at home. At the Major Dhyan Chand Stadium on Sunday night, India beat Belgium 2-1 to win their second world title after 15 years.

This will be India’s third appearance in the final of the Junior Hockey world cup, with previous outings in 1997 and 2001. India’s forward line with Mandeep singh and Gurjant Singh have been impressive throughout the tournament.

India defeated Australia in the semi finals to reach the Final of the Junior Hockey World cup.

« Class X CBSE Board exams to be mandatory from 2018
JAYA’S JOURNEY, FROM AMMU TO AMMA »